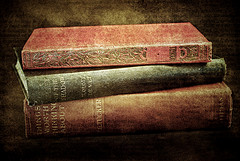 Is your latest writing project not going well? Do you seem to hit one dead end after another?

That’s what happened with my current work-in-progress. I recently shared how before I publish my debut novel, Pennies from Burger Heaven, I want to first publish an expanded version of my nonfiction eBook, Creative Monsters. I gave it to you in January and wanted to add stories and exercises to it to help writers even more with their struggles on the page.

Except the new version wasn’t going well. At all. Everything felt wrong about it: the title, the format, even the target audience. It was more than jut good, ol’ fashioned Fear.

So, what do you do when… END_OF_DOCUMENT_TOKEN_TO_BE_REPLACED 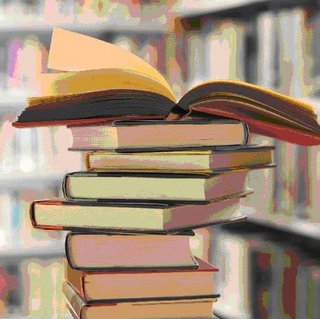 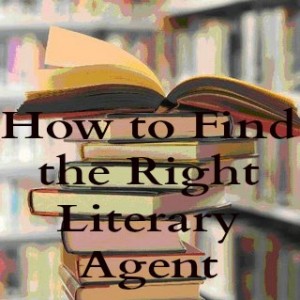 Even though I’ve decided to self-publish (!), I still want to help those of you pursuing traditional publication. I’ve had literary representation for two of my novels (one never sold; the other never got the chance), so I’ve learned a lot over the years.

Don’t make the same mistake I did.

Be very careful which agent you select, because…

END_OF_DOCUMENT_TOKEN_TO_BE_REPLACED 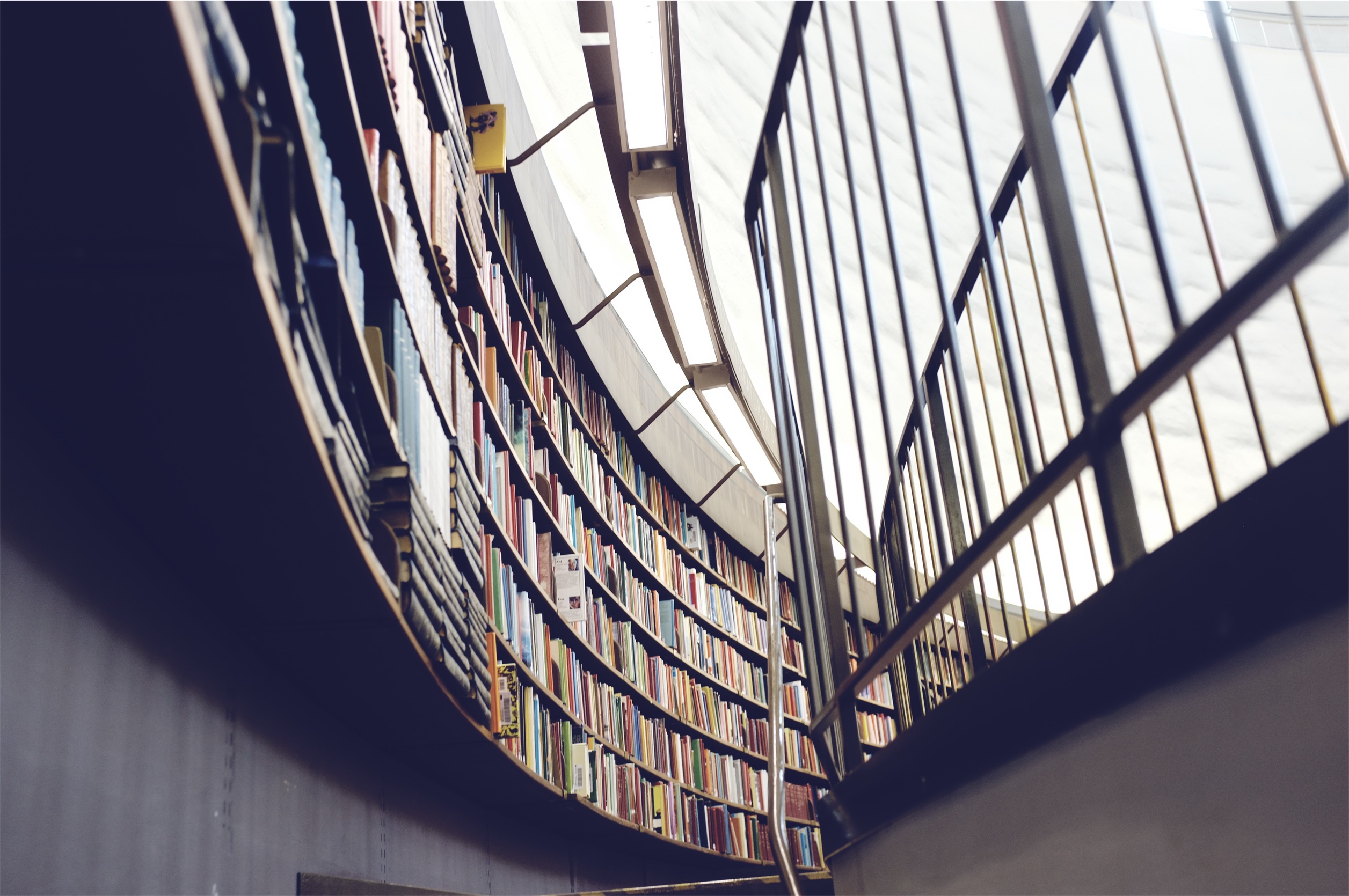 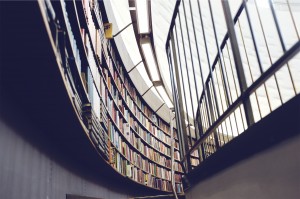 It’s official. I’ve stopped looking for a replacement literary agent (mine left the biz before we got the chance to sell my novel in 2013). This has caused an internal tug-of-war on what to do publishing-wise for about 16 months now. It’s wonderful to have clarity at last and to feel good about it.

I’m still scared to death, but I believe I’m making the right choice for my career. I plan to follow my own advice and take small steps.

What about you? If you want to publish, will you take the traditional route (agent – publisher – etc.)? Or, will you go indie and Do-It-Yourself?

Each path has its own pros and cons. Let’s explore both, so you can make an informed decision.

END_OF_DOCUMENT_TOKEN_TO_BE_REPLACED 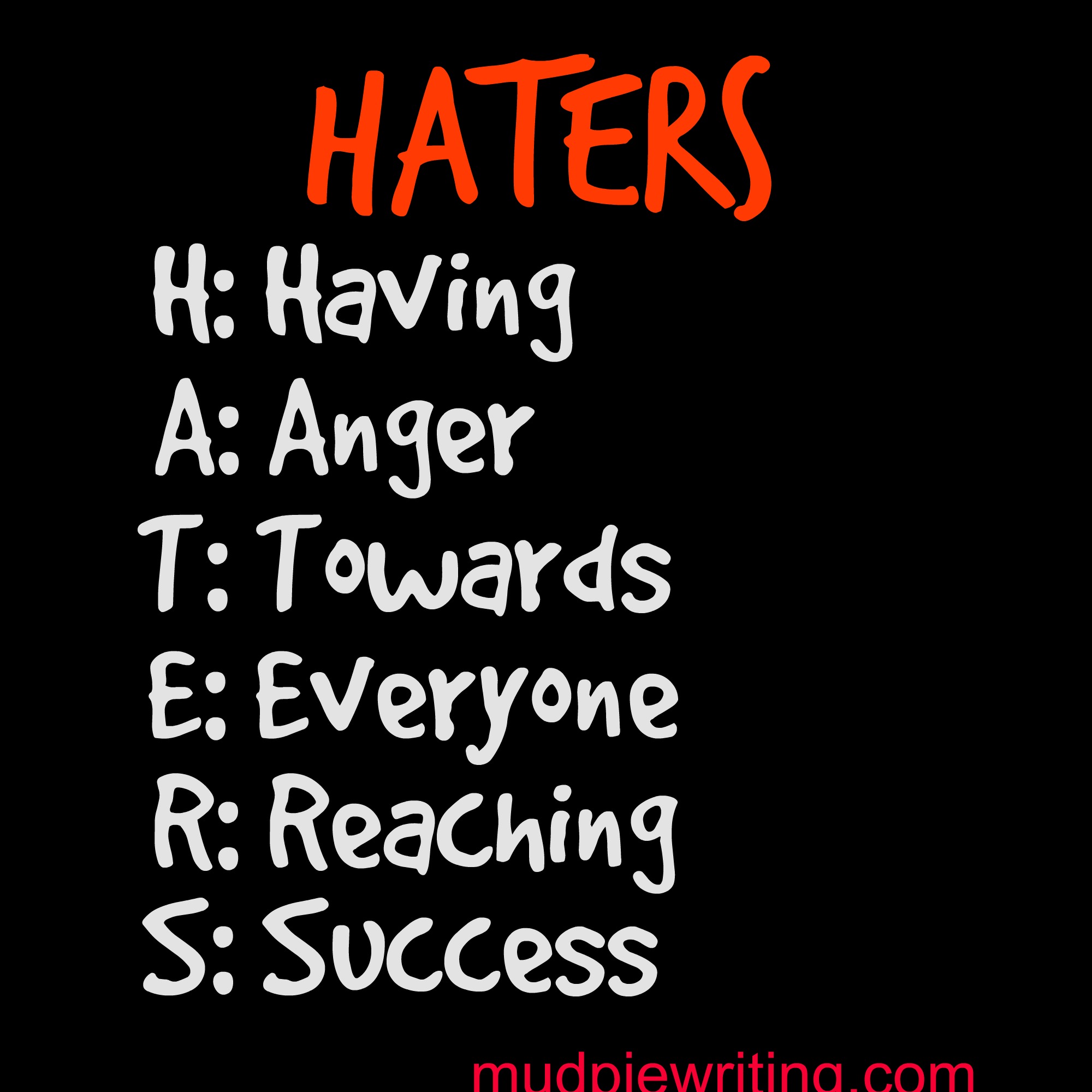 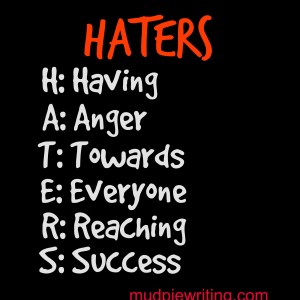 This is a tough subject to discuss. I’ve avoided it for a while, but the voice in my head wouldn’t stop nagging me to share it, so that I might help others.

Know this. If you have a dream, if you long for “something more” in your life, then… END_OF_DOCUMENT_TOKEN_TO_BE_REPLACED 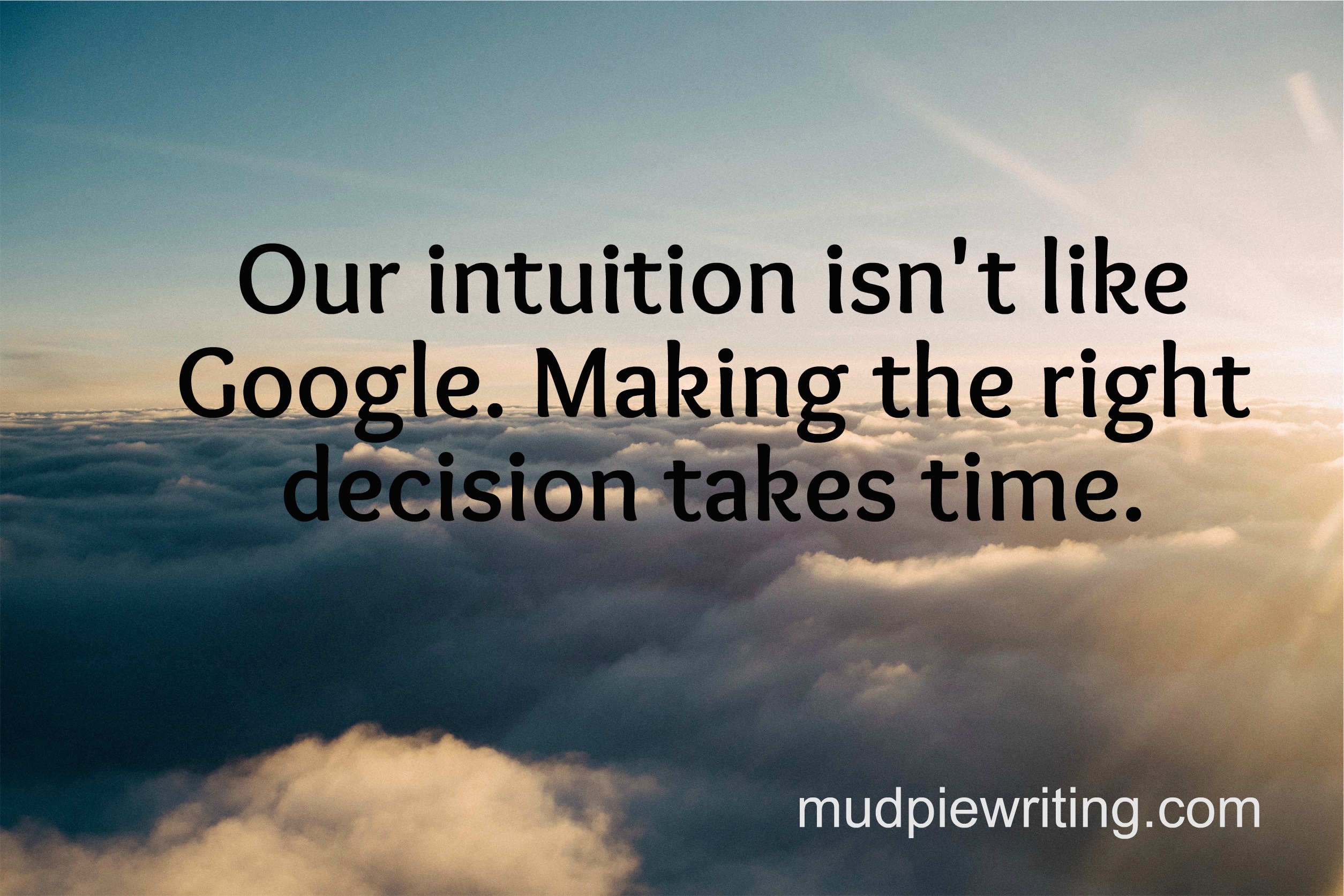 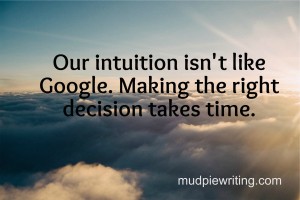 After I blogged about Trusting Your Writer’s Intuition, a reader emailed me to ask, “How do you know you’re making the right decision?”

I’m often asked my opinion on various writing matters, such as:

Should you write a novel or a screenplay?

Should you write fiction or nonfiction?

Should you traditionally-publish or go indie and do it yourself?

These are all excellent questions, but only you know what’s best for you. Still, it can be hard.  The truth about decision making is…. END_OF_DOCUMENT_TOKEN_TO_BE_REPLACED 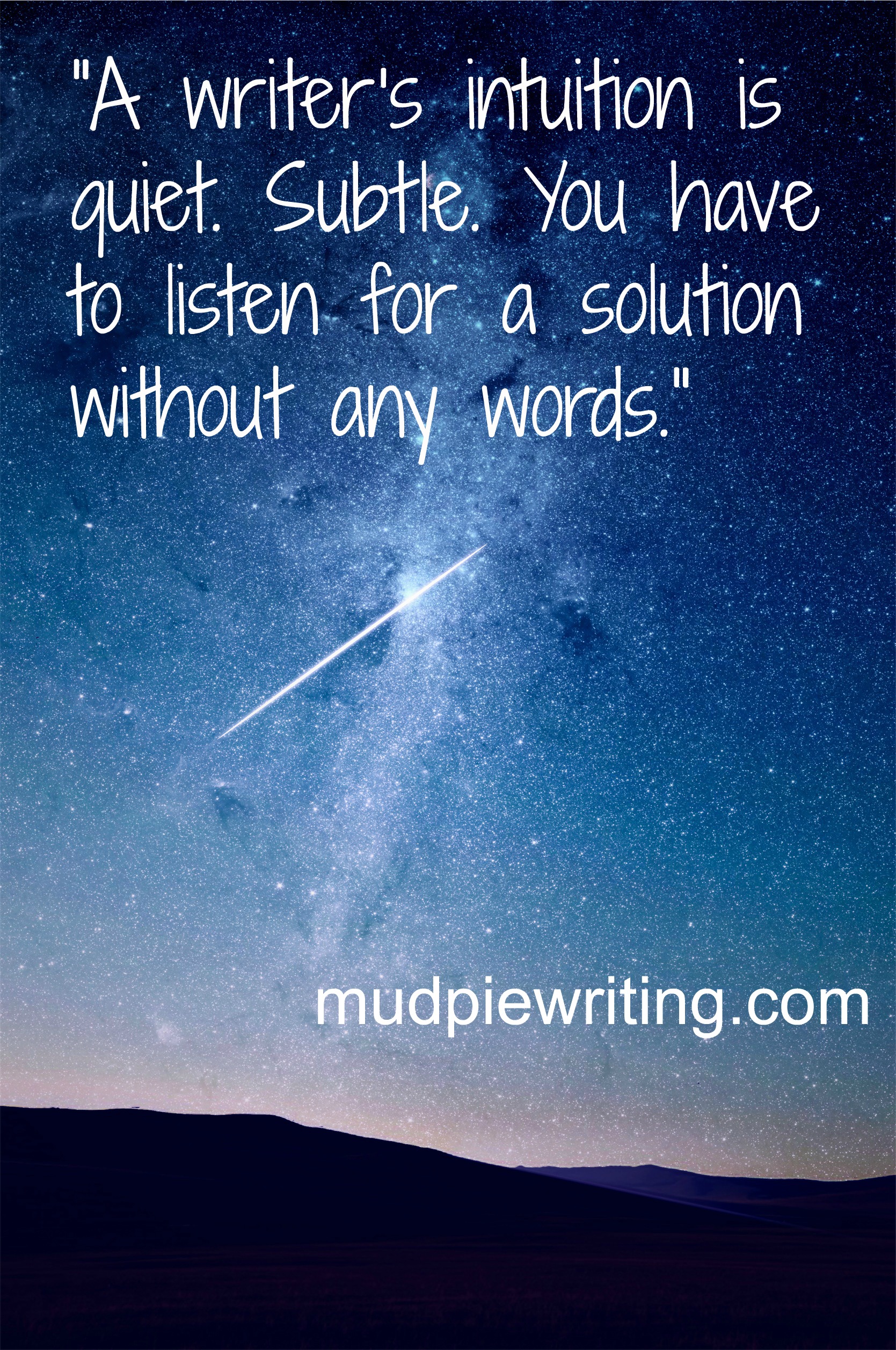 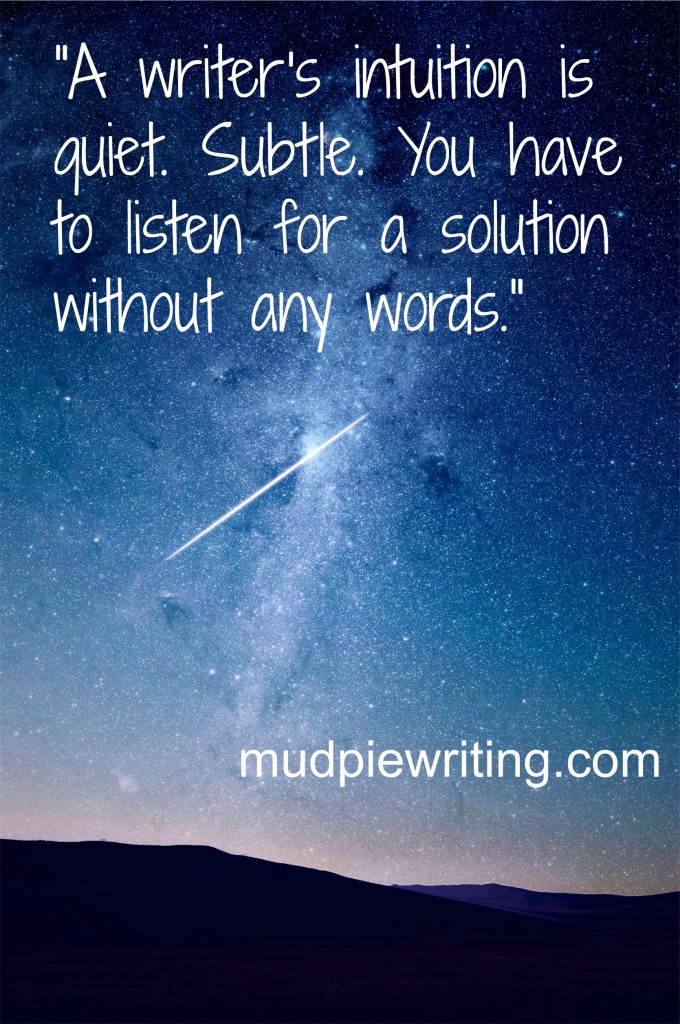 I have a friend who had traditionally published several romantic-suspense novels, but in 2006, a different kind of book called to her. It was unlike anything she’d ever written.

With fear and excitement, she gave her proposal to her literary agent for feedback.

Her agent hated it. So, did her closest friends.

Still, this woman felt so strongly about this thriller she parted ways with her agent and ignored the other naysayers. Good thing, too. Her new agent sold that novel for six figures. It was her first book to hit the New York Times best sellers’ list and has become a very successful series.